Using humour in video – but still getting the point across

For the longest time, humour has consistently held a place in a world often characterized as having an infinite amount of unappealing negativity. It can provide a quick dose of happiness, sustained optimism, and most interestingly, a refreshing method of portraying less than positive occurrences. For example, it is more than likely that most people have encountered a satirical news website, or a comedy routine that pokes fun at the absurdities behind a dark, haunting issue. From social issues to sports drama, or environmental crises to political affairs, humour is frequently used by comedy sources as a creative, artistic method of presenting otherwise depressing material. It sheds new light on a wide variety of issues by offering an unconventional approach to them, and can enlighten those even most apathetic to the topic when communicated in the traditional sense. For this reason, humour is a terrific communication tool that when used appropriately, can effectively present one’s point in a clear way.

Videos are a fantastic medium to showcase comedy and humour. Blockbuster films, artistic sketches, and online satire are but a few examples of ways in which comedy thrives in everyday video culture. Regardless of location, ethnicity, or gender, humour is a creation deeply rooted in human nature, and has evolved to arguably, be most efficiently presented through the use of video.

One may ask, why is video such an ideal tool to portray and communicate humour through? The answer to this question rests on the very foundation of what constitutes video and humour. Video incorporates visuals, audio, animation in a unique combination with content to create a truly immersive, captivating viewer experience. Numerous human curiosities are stimulated with video, and the entire video experience makes it incredibly useful for content containing humour to be distributed. From animations to short actor involved skits, humour can be delivered through each and every facet of video, from the visual or audio aspects. This, is a testament to the power of humour. Unlike many other forms of communication, humour can be direct, indirect, subtle, or obvious. It can involve audio, visuals, music, or all of the above in specific combinations to incite a wide range of emotions in viewers. Thus, comedy and humour are terrific when delivered via video, as it is an incredibly flexible and supportive artistic medium to work with.

Furthermore, video presents comedic content producers with extraordinary opportunities to gain recognition from a vast, diverse, international audience. With technological advancements occurring at an exponential rate over the past few decades, the modern age has been defined by its newfound interconnectedness as a result of the internet’s prominence. Cell phones, televisions, and gaming devices have joined computers in having access to the online world and users have found countless uses for the newfound efficiency in communication and artistry. Now, anyone with a typical cell phone is able to record, edit, upload, and share a video to the online masses, occasionally garnering thousands or millions of views. With this level of exposure, entertainment industries have boomed and humorous videos in particular have carved a popular niche within the interests of millions. Never before has humour had the opportunity to reach such a massive audience, and therefore, it is currently the optimal time to use clever humour in videos, while still conveying a message, idea, or narrative. Incredibly levels of popularity may be just around the corner.

Humour is also an extremely effective method of communication, because it lightens the mood of dark or boring topics and can revive fading interest instantaneously. In videos containing difficult, complex, or lengthy concepts, humour can be used to re-engage viewers who may have momentarily lost interest. Also, it can be used as a method of capturing people’s attention and guiding them through simplified versions of incredibly complex ideas. As such, humour is a highly effective tool for communicating in any context. From presidential debates to university lectures, humour is frequently used in creative ways to maximise the entertainment aspect of their performances. With the use of video, humour can be captured without any modification from its original form or even enhanced through the use of creative animation.

Moreover, while humour can be used as a tool to lighten the mood and keep listeners or viewers engaged, it does not require the sacrifice of ones’ message, point, or narrative. With the limitless creative potential of video, producers are more than able to use humour as a method of increasing the entertainment vague of their video, but also as a means to conveying their objectives. As previously mentioned, humour is commonly used to poke fun at extremely tense, dark, or genuinely uncomfortable situations and issues. However, when it is used to do so, humour acts as a tool to delve deeper into the topic, rather than to pointlessly mock or insult it. Therefore, it should be understood that the objective of creative humour is to communicate enjoyably while remaining effective. Fortunately, this is best captured through video, because of its many unique aspects that consistently support humour in its original, artistic form.

Humour in video is a terrific way for content producers to entice and engage their audience. The combination is simply perfect- humour utilises a wide array of features with the areas of visuals and audio, while video supports both as inherent parts of the overall video experience. In fact, a high quality video production can be far more than a method of capturing humour, as it is truly an art form in itself, and can change the way people understand, internalize, and interact with the message or point one seeks to convey. 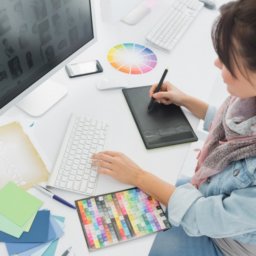 The use of graphics and animation to tell an impactful story

As the World Wide Web becomes more ubiquitous, the potential audience you can reach becomes greater. Despite this reach however,… 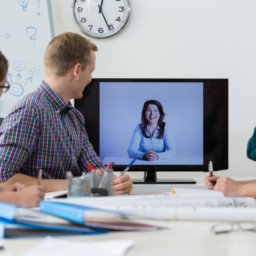 Using video to update employee with the state of the company

The saying “a picture is worth” a thousand words may be cliché, but it does have a point. Multimedia forms… Using video to sell a good story at conference

Video is no longer just used in situations where in-person communication is impossible. Its become a tool used during presentations… 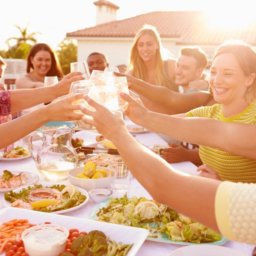 While it’s important to encourage good eating habits, it’s not a practice everyone takes part in. Fortunately, the ubiquity of… 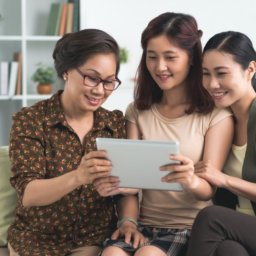 Using video to peak interest: A sneak preview/promo into your greater story

With video currently being the most information dense media available on the Internet, it is a great way to capture… 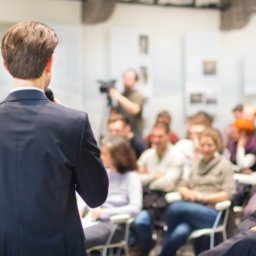 Although it was once restricted to the domain of television, video is quickly becoming a popular social tool. Video provides… 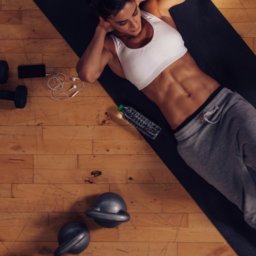 Using video to gear us into good exercising directions

As technology has advanced, the internet has fostered a culture where experts in various fields can disseminate their knowledge throughout…